The Plea Justice Project provides an interactive simulation of the plea bargaining processes, offering an alternative to existing paradigms in plea decision-making research such as vignettes and high-stakes deceptions.

Participants are presented with one of two animated scenarios in which they are represented by a customizable avatar. From there, the story can be developed with characters representing a prosecutor or the participant’s defense attorney.

The plea simulation integrates with the Qualtrics survey platform and features a graphical configuration tool for researchers.

Participants are presented with an animated story composed of video clips and interactions with legal actors such as a judge and several attorneys. The participant experiences parts of the simulation in the third person (where they are represented by an avatar) and in the first person.

Both sequences lead up to the avatar being summoned to court and given a plea offer. The participant navigates the simulation by clicking through interactions with other actors. As the simulation progresses, they learn more about the incident and their avatar’s guilt status.

Participants may customize an avatar to represent him or her in the simulation, providing personal depth to the story. 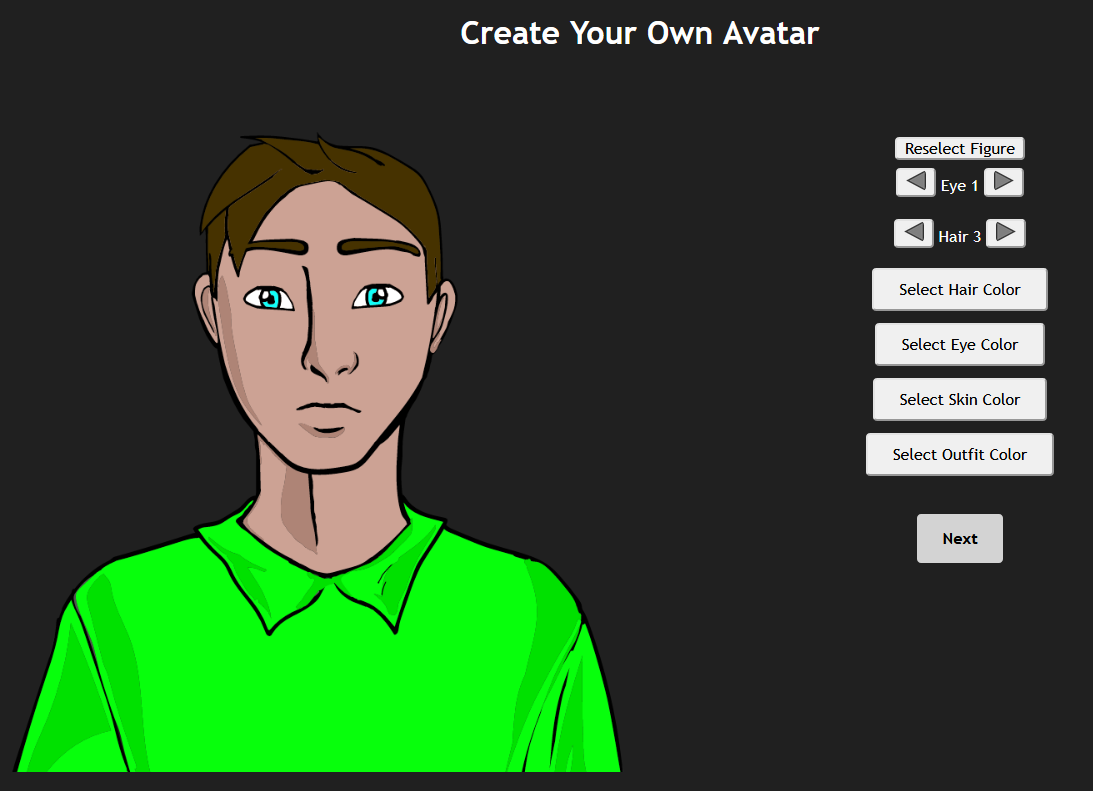 Controls are provided to select among body types, eye shapes, and hairstyles. The colors of the skin, eyes, hair, and outfit of the participant-avatar are also customizable. 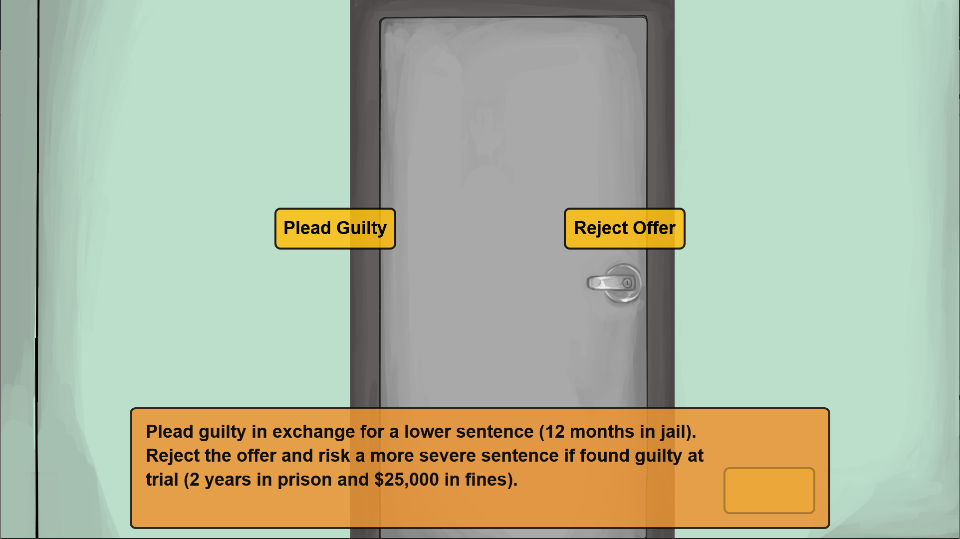 Random assignment to different simulations and manipulation of the text presented in a simulation can be done using Qualtrics’ branching logic, embedded data variables, and features of the survey flow.

An online configuration tool makes it easy for researchers to design new simulation studies without the need for special software.

With the console, researchers may write their own simulated narratives, manipulate variables, create prompts, access a library of animated assets and more. To access this interface, click the Researcher Console tab above or visit researcher.pleajustice.org.

Interested in contributing to the development of this project or collaborating on related research? You can contact the Principal Investigator here if you have any questions, comments, concerns or inquiries regarding the project or the related research.

New developers, please read through all of the documentation on this site. The project is written in vanilla JavaScript and the animated assets are created in Adobe Animate. You may find further technical docmentation in the project repositories.

This project is distributed under GNU GPLv3.